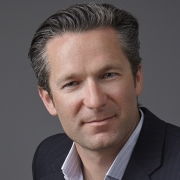 Before founding EverEdge in 2008, Paul served as Intellectual Property Manager for Brunswick New Technologies, one of the world leaders in GPS technology, with revenue exceeding US$500 million. Paul was responsible for a major intellectual property portfolio and budget and managed the intellectual property outputs of more than 500 engineers and scientists.

Paul holds degrees in Law (Honours) specialising in software licensing law and Arts (major: Economics and History) from the University of Auckland. He is a frequent speaker at intellectual property and commercialisation conferences and events in the United States, Europe and Asia.